A Smoking Firepot and a Blazing Torch 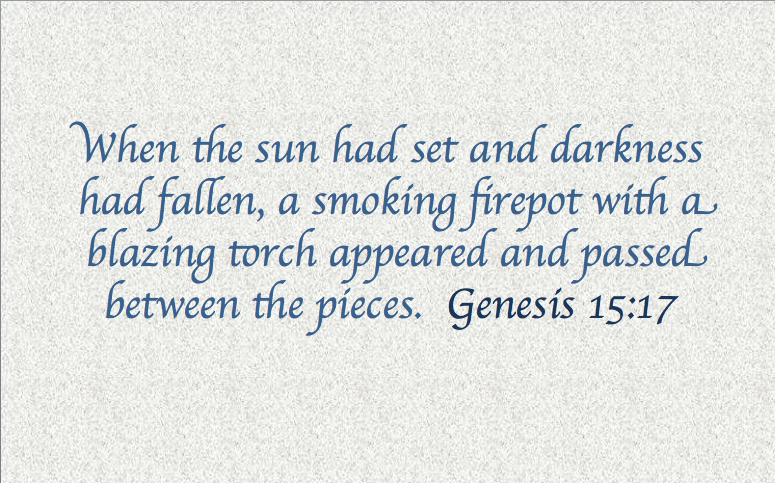 Pastor Bill will be leading our Wednesday evening Bible Study this week in the Auditorium.  We’ll be looking at a fascinating encounter that Abraham had with God…an encounter that is often overlooked but one that clearly reveals the Gospel message once we understand what is unfolding.

Throughout his life Abraham showed tremendous trust in God even when he didn’t understand what God was doing.

And Abram says, “Where?”

God says, “I’ll tell you later. Walk up the mountain. Take the knife, build the fire.”

Abraham was able to trust God every time because he had an anchor – a hope, an expectation – that God would keep His promise to bless him with descendants, land, and more.   God’s promise was guaranteed when “a smoking firepot with a blazing torch appeared and passed through the pieces.”  Join us and come to understand the magnitude of these words as we gather for the mid-week Bible Study.