From Babylon to Corinth 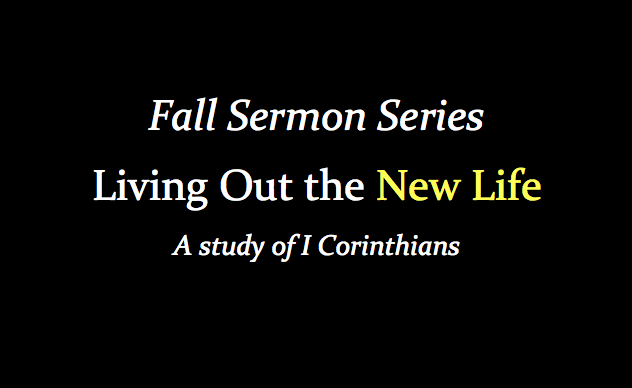 With just two weeks remaining in our Summer sermon series “The Gospel According to Daniel”, it will soon be time to turn our attention to our Fall sermon series which begins on Sunday, September 11th.   We’ll be spending 8 weeks in I Corinthians, where we will read about the many challenges that arose for those in the city of Corinth who had recently made a life-changing decision to follow Christ.

The problem back then – and the problem today – revolves around this issue of life change.   When Paul arrived in Corinth with the message of The Christ, many of the Corinthians became believers in Jesus, and brought their reputations/backgrounds/ life experiences with them into the church. And the people of Corinth, including these new believers, had a reputation for hard drinking, sexual promiscuity, corruption and the like.

Paul spent a year and a half with this newly formed church before moving on to other towns and churches. Sometime later Paul received a report that back in Corinth, things were more or less falling apart. Factions had developed, morals were in disrepair, worship had become less about God and more about the individual.

As we study the letter Paul wrote to the church in response, we will see a response that is affectionate, firm, clear and unswerving in the understanding that Jesus is Lord, regardless of how much of a mess they had made of things.   Paul takes them by the hand and goes over old ground again, directing them how to put an end to factions, disunity and other areas of brokenness. Paul shows the church in Corinth – and we trust that God will show us here at Five Forks – how to live out this new life of salvation and holiness as a community of believers.

“Living Out the New Life”

A study of I Corinthians