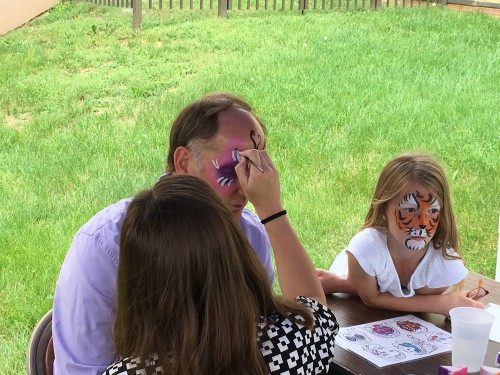 It’s not often that the church touches on the topic of “Rebuke”, but it was part of the final lie we looked at yesterday as we wrapped up the “Lies We Believe” sermon series.

The lie was: “Because I love you I will not rebuke you.”  So often we fail the people we love by staying silent when a biblical response – rebuke – would have been helpful.

Pastor Ray closed his message with the following story: “I had a colleague by the name of Rosemary. Rosemary had an inclination to speak rudely and disrespectfully to almost everyone. She was unkind, but was a follower of Jesus. Once she said, “If people are stupid, we need to tell them they are stupid.” We were aghast. But said nothing except – “That’s just Rosemary being Rosemary.” We failed to rebuke. I don’t know that she ever came to see what she was doing, and choose to change. How sad. Rosemary was in the wrong – for sure. But we, as her fellow believers, failed her as well.

In Scripture, the common style of confrontation is interaction. The confronter stands alongside the person, helping him or her to see, telling stories, asking questions, drawing out answers, and then calling for a response. We did not risk that with Rosemary. You may have a Rosemary in your life. Don’t fail them by neglecting to rebuke in a biblical way.”

The goal of rebuke is godly transformation out of love – not to set the other person straight.

Next Sunday: We begin a new series that will take us through the summer. It’s called “The Gospel According to Daniel.”   Pastor Shaun will get us started as we look at Daniel, chapter 1.