All I Know Is I'm Not Home Yet 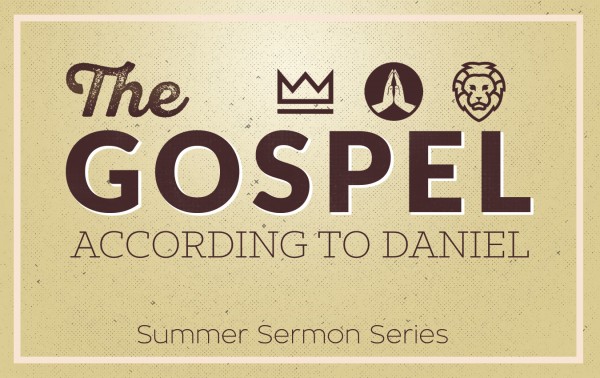 There’s a song by Building 429 that you’ll hear quite often on Christian radio stations these days; it’s called “Where I Belong.” The chorus goes:

Not only are we living in a world that is not our true home, we find ourselves living in a culture that is increasingly hostile to those whose greatest desire is to live for Jesus.

Starting next Sunday we begin a new sermon series that will take us through the summer. It’s called “The Gospel According to Daniel.” Take a moment to read and consider the following introductory words offered by Pastor Adam:

“What do you do when not just your traditions and morals but more importantly the God behind them is opposed by the society that surrounds you? More and more, the situation of Daniel and his Jewish friends in Babylon is becoming one of the main Biblical images that resonate with modern, Western Christians. This is the theme of exile. Of faithful living in a foreign land.

We are preparing for a summer series on the life and book of Daniel with great anticipation. Author Bryan Chapell writes that there are often 2 mistakes readers make with the book of Daniel. The book is composed of 2 parts. The mistake with the first half—which is largely historical narrative—is to engage in hero worship. We make all the lessons start to sound like, “Be like Daniel… and if you are, God will bless you.”

The mistake with the second half—which is largely apocalyptic prophecy—is to get so bogged down debating the details that we miss the big idea: human history will be filled with difficulty, but God is sovereign over all things, and He will bring everything to His appointed end. (And if I could add a third mistake to these 2, it would be ignoring difficult chapters like Daniel 7 – 12 simply because we’ve seen them mishandled before. Instead, they offer great comfort to people facing challenging circumstances.)

In The Gospel According To Daniel summer sermon series, we are going to do our God-given best to stay away from both mistakes—not engaging in “be a better version of yourself” spiritual lessons, and not getting caught up in controversy. Instead, we are preparing to passionately proclaim the God above, behind, and within the story of Daniel—the God who enters the story with us, works His miraculous salvation for us, and enables us to live faithfully, purely, and obediently, in a temporary, foreign setting, all the while waiting for Him to bring us home.

We hope you’ll join us. June 12th – July 17th are the great stories—the fiery furnace, the lions, the eating of vegetables. And July 31st – September 4th are the great visions—the beasts and the kingdoms and the Ancient of Days. Through it all we’ll hope to see The Gospel According to Daniel.